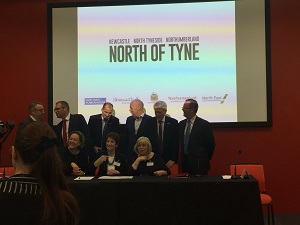 Speaking after the event Alan said “It’s vital that the North of Tyne has a strong voice as the country makes important             decisions about its future.  I welcome the deal and I will be following developments closely.”