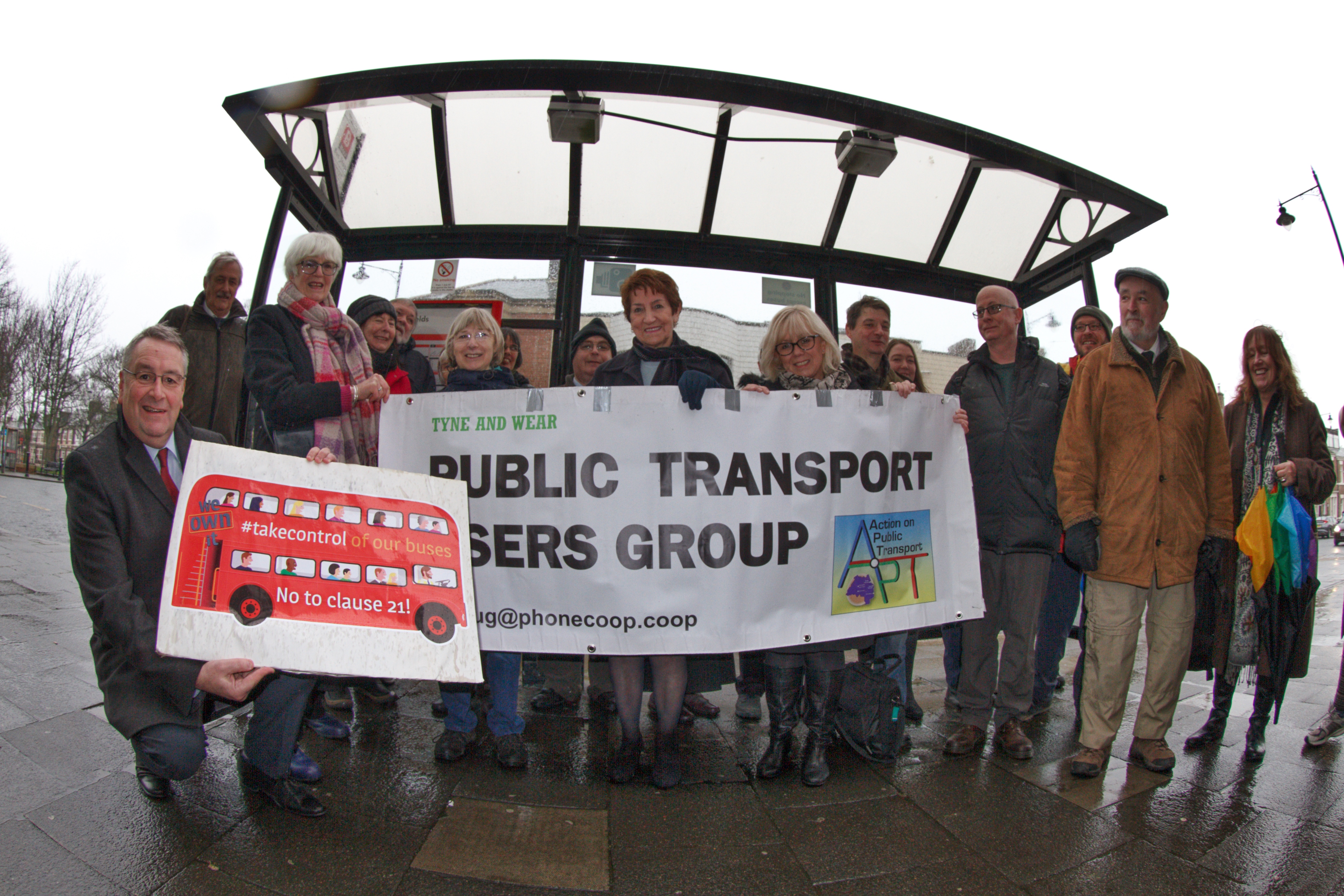 On the 30th anniversary of bus deregulation, campaigners are calling on MPs to ‘take control of our buses’ by opposing the government ban on new public bus companies. Here in North Tyneside Alan Campbell MP, Mary Glindon MP and elected Mayor Norma Redfearn have joined the campaign.

The government wants the Bus Services Bill currently being debated to include Clause 21 which would stop English local authorities from setting up new municipal companies.  The clause was defeated in the House of Lords but has been introduced again in the Commons.

The Transport Act 1985 was implemented on October 26th, 1986. Since deregulation, fares have risen well above inflation and many routes have been cut.

Alan Campbell MP said “It’s absurd that after 30 years of the failures of private bus companies, the government is ruling out new public ownership of buses. It’s time to take control of our buses and run them for people not profit. All councils should be not just allowed but encouraged to follow the lead of the public ownership success stories in Nottingham and Reading.  I’d also like to thank the Tyne and Wear Public Transport Group who have worked so hard to keep this issue in the public eye.”

While buses are privatised in most towns and cities across the UK, there are 12 local authority-owned bus companies, for example in Edinburgh, Nottingham and Blackpool. In 4 of the last 5 years, local authority run buses have won Bus Operator of the Year at the Bus Awards.

Research from Transport for Quality of Life suggests we could save £506 million a year from buses outside London by bringing them into public ownership.

Elected Mayor Norma Redfearn said “I’ve recently written to Lord Ahmad at the Department for Transport to signal North Tyneside Council’s opposition to Clause 21.  One of the biggest issues facing residents in North Tyneside is the lack of decent bus services.  It should be about passengers not profit.”

Polling shows that 57% of the British public think local authorities should be allowed to set up new public bus companies -; as opposed to 22% who don’t believe they should have this power. Amongst Conservatives, the majority still oppose Clause 21. Over four times as many people want more public ownership of buses than want more private ownership (46% to 11%). 26% want to see no change.