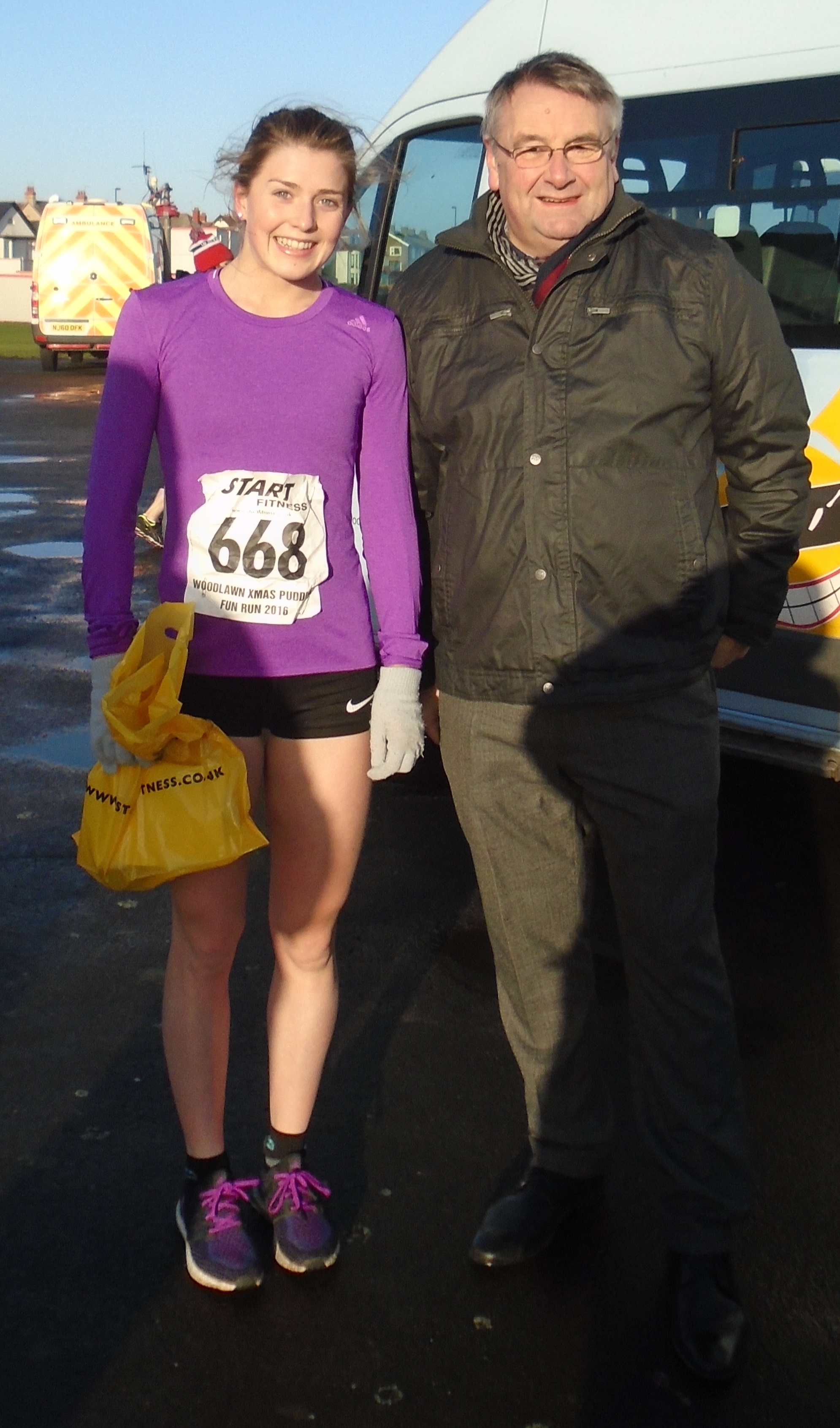 Tynemouth MP Alan Campbell, who starts the Run each Boxing Day, said “I want to congratulate and thank everyone involved in this year’s Run, with almost 900 runners on a beautiful morning at the Coast and for a very good cause.  A special thanks to North Shields Poly Athletics Club who do a great job organising the event.”

North Shields Poly Athletics Club and Woodlawn Parents & Friends Association (WPFA) prepared 1000 bags to hand out to runners completing the Run.  Each Start Fitness bag contains a Xmas pudding and a certificate courtesy of Potts Printers.  At the end of the Run there were only 114 bags left.

“At one point we were worried we might run out of bags” says WPFA secretary Brenda Boyd “Thank you so much to all the runners, everybody who helped set up the Run, did the planning, worked on the registrations, marshalled the run, rode lead bikes, handed out bags, helped publicise the Run with Facebook shares and Twitter re-tweets, I’m naming no names because I’m sure to leave someone out. It wouldn’t have happened without them and we are truly grateful.”

Whitley Bay Comrades Club opened up at 9.30 on Boxing Day morning so that Run registration could take place indoors, and runners and supporters could buy warming drinks. Runners went in through the front door, registered, collected their numbers and went out through the back door.

“We are grateful to Lynn Tait and her Committee at the Comrades Club for their help and cooperation” says John Brettell of North Shields Poly Athletics Club “Previously Run registration has taken place in the big bus-shelter on the Links, which could prove wet and windy.  We do hope we’ll be able to return to the Comrades Club in future years.  We must also thank Rachel Smith and the North of Tyne Mountain Rescue Team for providing First Aid Cover.”

The first man home was Callum Johnson of Gateshead Harriers in 16 minutes 12 seconds, followed by Tom Cornthwaite of Salford Harriers in 16 minutes 12 seconds and Finn Brodie in 18 minutes 40 seconds.  The first ladies were Kate Waugh of Birtley Harries in 18 minutes 40 seconds, Danielle Hodgkinson of Birchfield in 19 minute 10 seconds and Rachel Falloom of Alnwick Harriers in 21 minutes 20 seconds. Connor Marshall of Morpeth Harriers was the first Junior (under 16) finisher.