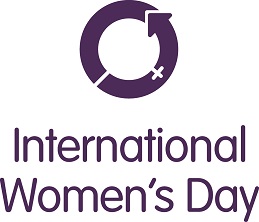 International Women’s Day is a chance to celebrate the achievements of women and to recognise the progress made on women’s rights and freedoms to date.

On Tuesday there was a wide-ranging debate in the House of Commons in which some of the economic, social, cultural and political successes of women were noted. It was also an opportunity to recognise how much further we have to go, both in the UK and internationally, to achieve equality for women.

Alan Campbell MP said “I am concerned that many policies introduced by the Government are turning back the clock on economic equality. Of the £82bn in tax increases and cuts in social security spending since 2010 that will be implemented over the course of this Parliament, 81% will come from women. Despite repeated calls from the Opposition, the Government has refused to publish a cumulative   impact assessment of their policies on women.

We also need to do far more to tackle violence against women and girls. A list was movingly read out during the debate of women who are among the two killed every week in this country by a partner or former partner.

I recognise that the challenges women face in this country are faced by women everywhere. I am pleased that the sustainable development goals, to which we, along with all other countries, are signatories, include a goal dedicated to gender equality and women’s empowerment.”