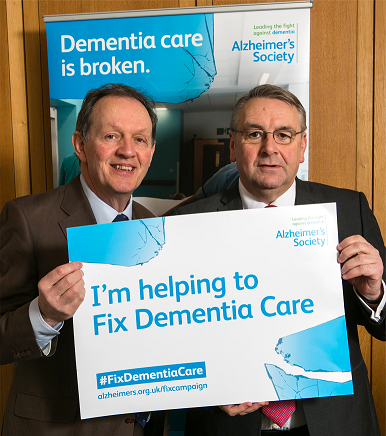 Tynemouth MP Alan Campbell today joined actor Kevin Whateley and over 160 other MPs at the launch of Alzheimer’s Society’s new campaign Fix Dementia Care which calls for improvements in hospital care for people living with dementia.

MPs gathered in Westminster to call for greater transparency across the NHS following an Alzheimer’s Society investigation which found too many people with dementia are falling while in hospital, being discharged at night or being marooned in hospital despite their medical treatment having finished. Freedom of Information requests (FOIs) carried out by the charity found that in 2014-15:

Alan said “Good hospital care for people with dementia should never be a throw of the dice -; yet in some hospitals people are routinely experiencing the consequences of poor care. I’m fully behind this important campaign.”