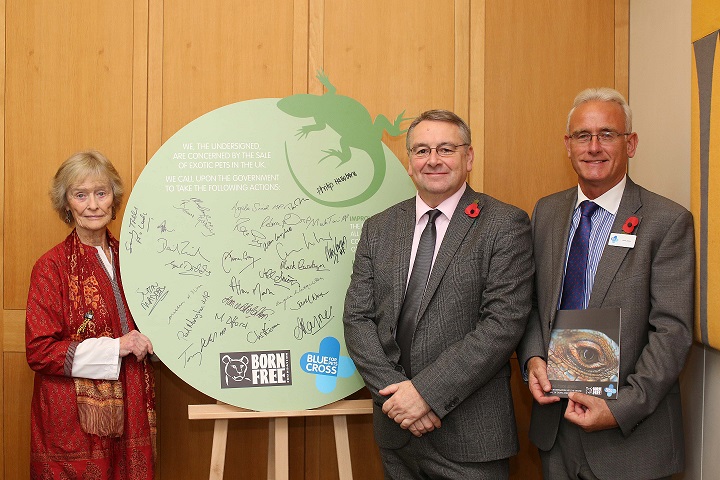 Today Alan joined actress and campaigner Virginia McKenna at the launch of a new campaign to regulate the sale of exotic pets.

The Born Free Foundation and Blue Cross came together to promote the One Click Away campaign which highlights concerns about the sale and keeping of exotic pets in Britain.

Alan Campbell MP said “I believe it is time to review the Pet Animals Act of 1951 and have questioned the Government about its plans. I have also asked about any plans to extend the Dangerous Wild Animals Act 1976 to include pet shops.

There are of course wider issues including an end to the keeping and trade of primates as pets and the role and responsibility of the internet in promoting this trade.”