It was an honour to attend the dedication of the wall of memorial at the Memorial Garden at the Linskill Centre organised by Tynemouth World War 1 Commemoration Project.

The Project has been set up by a group of local volunteers to commemorate the sacrifice of local men from the borough.  More than 70 volunteers have conducted a large scale research exercise to find out as much as possible about the 1,700 local men who left to support the war effort.

Many of the families attended what was a moving event. Thank you Alan Fidler and Dan Jackson and all of the volunteers. 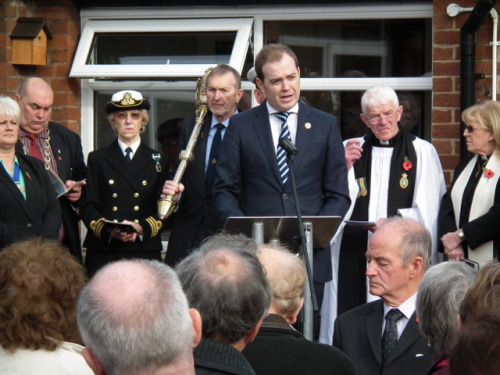