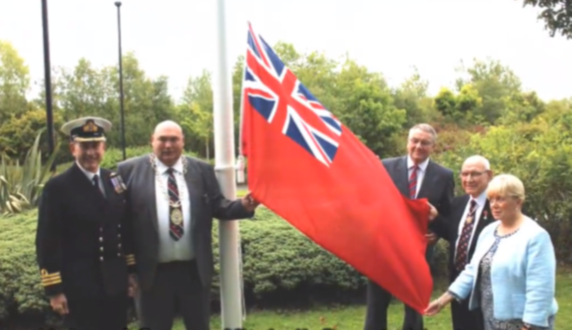 Alan today attended a flag raising service at North Tyneside Council to honour the brave men and women who helped keep the nation safe during the two world wars and raise awareness of the UK’s ongoing dependence on Merchant Navy seafarers.

Alan said “I am delighted that we are continuing our support of this worthy campaign in honouring the brave Merchant Navy men and women who provided the lifeline which kept Britain alive, fed, and armed during conflicts and who still support the nation today.”